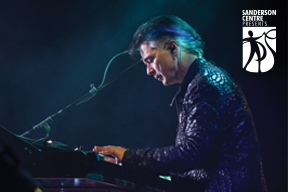 Born in Glasgow, Scotland, and raised in the Tropic of Canada, Lawrence Gowan enjoyed a lengthy and successful solo career with four Platinum and three Gold albums and one Gold single to his credit, prior to joining Styx in 1999 as keyboardist and one of their three lead vocalists. As a solo artist, he released six studio albums in the ’80s and ’90s, leading to a Best Of… greatest hits record in 1997.